Not much time to blog today. I #amwriting the YA suspense novel I've told you about.

As I've mentioned before in numerous blogs, interviews, and writing conference talks, I always put together a playlist of music that evokes the atmosphere and vibe of the book. It's not usually my favorite music, but there's something about the aggregate effect that gets me quickly into the right head-space to pick up where I left off.  This book's playlist is just beginning to form, but here is where it stands so far:


Yes, I realize one of these songs was on the Lego Movie preview; my book is very different, I promise. Also, while there are several songs below with nonsense-lyrics, I promise Clinch will be coherent. :)

The Rend Collective - Create in Me a Clean Heart


Weezer - My Name Is Jonas


Of Monsters and Men - Dirty Paws


Avicci - Wake Me Up 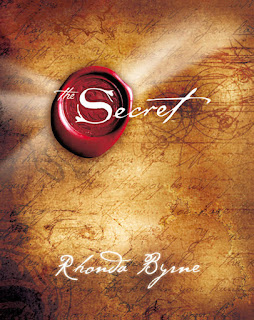 So I read The Secret when it was all the rage because I’m a pastor and I feel like I should keep up to date on the religious trends of our culture. I couldn’t believe how stupid it was. The “Law of Attraction,” which basically says that if you kick out positive vibes to the universe, the universe will deliver positive things back to you, seems like the sort of thing you’d only ever encounter on a sitcom, when a writers’ room is trying (lazily) to establish a character as a flaky, New Age nut.

But people have bought tens of millions of copies. I don’t get it. I mean, it’s one thing if God is rewarding your positivity (although the Christian Scriptures certainly don’t say a peep about that), but . . . the universe? In the words of Don Draper, “The universe is indifferent.” I even find it a little superstitious when Dave Ramsey tells people that having an emergency fund actually makes emergencies less likely to happen (Murphy stands in for the universe in that case).

And yet . . . it was shortly after I decided to start writing again and committed to finishing serializing my book Out of Sardis online (because no publisher wanted it) that the book got a nibble from a publisher who wanted a look at it. Then another possibility opened up. Long story short, the book is off the interwebs and back in play. Coincidence? Maybe. Matthew 25:21 in action? Ehhhh, maybe. Awesome? Potentially.

The fresh excitement of my writing life in general, though, is more explainable. I’m reinvigorated about a number of projects and am working pretty steadily on a YA manuscript that I really believe will be my best book yet. It’s got a slow-burn mystery wrapped up in a rather frantic plot, not unlike The Last Con, but with the addition of a claustrophobic, isolated rural town (which is something I loved about some of Peretti’s earlier stuff). I can’t wait for you guys to read it.

I’ve got no use for Murphy or the benevolence of the Universe, and I know that God doesn't necessarily wait to help us until we help ourselves, but now that I’ve push-started this locomotive once again and it’s picking up speed, the will to write is no longer a precious commodity. I’ve got more than I know what to do with.