Below are the answers for part 1 of the Con/Heist Movie Trivia game.  Check back next Monday for part 2.

I've been a huge fan of con and heist movies for years and years—long before I wrote The Last Con. If you like them too, you'll want to check back here each Monday for the next three weeks for my con movie trivia. 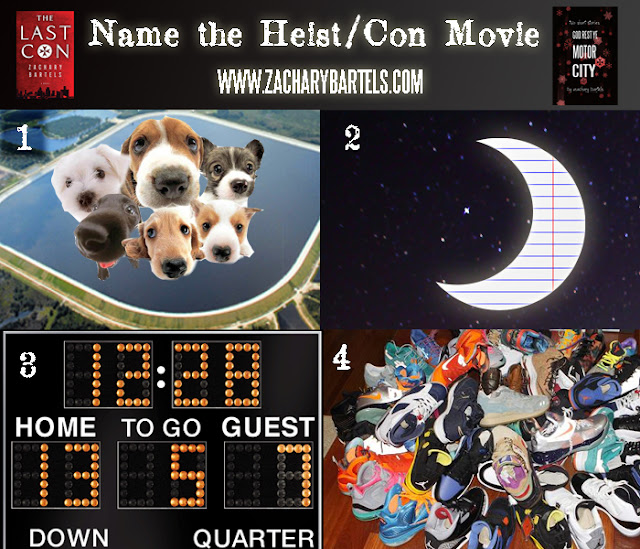 Below are four movie quotes. Identify the grift/con/heist movie without googling. If you google, you will get crippling diarrhea.


5. "You're always gonna have problems lifting a body in one piece. Apparently the best thing to do is cut up a corpse into six pieces and pile it all together."

6. "Two little mice fell into a bucket of cream. The first mouse quickly gave up and drowned, but the second mouse, he struggled so hard that he eventually churned that cream into butter and he walked out. Amen."

7. "The Notorious BIG said it best: 'Either you're slingin' crack-rock, or you've got a wicked jump-shot.' Nobody wants to work for it anymore. There's no honor in taking that after school job at Mickey D's; honor's in the dollar, kid. So I went the white boy way of slinging crack-rock: I became a stock broker."

8. "You have a visitor, Mr. Dillon. A very attractive young lady. She says she's your mother."

Answers will be posted here on Thursdays.
Posted by Zachary Bartels at 6:15 AM No comments: 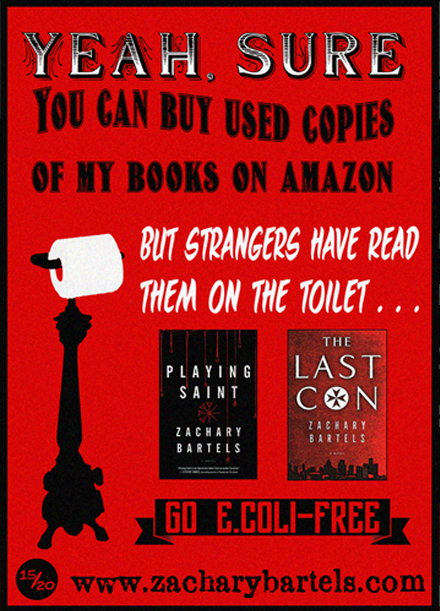 I Am Xerxes' Crushing Insomnia. . .


My insomnia is back. It randomly shows up out for a week or two, vexing me greatly, before disappearing just as randomly (usually for a couple months). I hate it, or course, as I hate hell, all Montagues, and every “Nae Nae” video. When you’re up at 3:30 AM, knowing you have to take your kid to school in three hours and then officiate a funeral or preach at the rescue mission, there’s very little you can do but harrumph quietly (so as not to wake the wife) and get more and more angry.

Sometimes I’ll get up and read my twitter feed, because that (i.e., any twitter feed) is literally the most boring thing ever. I have tentative plans with fellow author/fellow pastor/fellow insomniac Noah Filipiak to meet at this greasy spoon twenty-four-hour diner called “Theo’s” a couple blocks from our homes when we’re both up in the dead of night, but we’ve never done it and likely never will. I used to post my frustrations on Facebook (“Arggh! Still awake!”), but I couldn’t take the comments, which were a combination of obvious advice (“Try Melatonin!” “Stop looking at your laptop screen BECAUSE BLUE LIGHT!”) and pious suggestions that were just too darn pious for the hour. 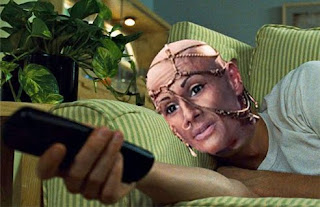 For example, “Sounds like a great opportunity for some in-depth Bible study!” or, “Maybe God is giving you this time as a gift and you should use it to pray!” The people making such suggestions mean well and, in the clear light of day, it all sounds fine. But I’m convinced these commenters are either way holier than me or (more likely) have never had real, enduring insomnia—at least not the brand I’ve had. Remember that scene in Fight Club when Jack is slumped on the couch, slack-jawed, not-watching some horrid infomercial at 4 AM and the voice-over says, “When you have insomnia, you’re never really asleep and you’re never really awake?” That couldn’t be more true.

Don’t get me wrong. In the fifth hour (or fifth night) of insomnia, I do pray. Things like, “Lord, please let me fall asleep.” The Spirit also prays for me with groanings that cannot be uttered, which is good. But beyond that, my mind could not focus enough to truly pray for an extended period and I’d fall into the crass cliché, “Forget counting sheep; try talking to the Shepherd!” (read: use your blood-bought access to the King of Kings as a trick to get sleepy, because addressing your Creator is Dullsville). No thanks.

[Read the whole article at The Blazing Center]
.

Posted by Zachary Bartels at 7:47 AM No comments: