A Word for Ordinary Churches

Here are the answers to the last set of Con/Heist Movie clues.

Long before I wrote The Last Con, I was a huge fan of con and heist movies.  This is the last of three quizzes  to test your knowledge and griftiness (part 1 and part 2 are here). Eight clues for eight movies, each week. 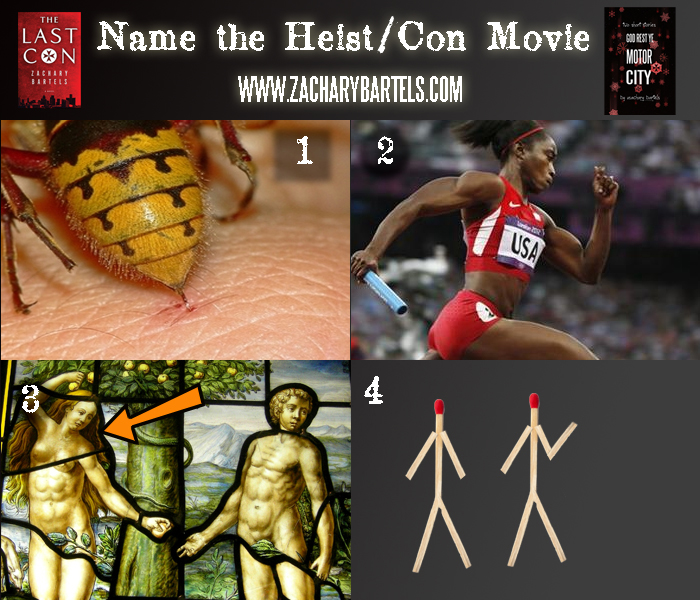 Name the following movies based on the synopsis:

5. A remake. A team of thieves-with-hearts-of-gold seek revenge against a thief with no heart of gold and an evil, pencil-thin mustache. Starring two rappers, two Acadmy Award winners, a Transporter, a Monster, Jack Bauer's dad, and a bunch of MINIs.

6.Another remake. A team of thieves-with-hearts-of-gold seek revenge against a rich guy who doesn't seem all that bad, but isn't as cool as the thieves, so we want them to come out on top. Starring everyone who was cool in 2001. Followed by a crappy sequel and a good sequel.


7. A good "Christian film" (which is unusual). A con man must pretend to be his priest brother in order to dodge a dangerous criminal who is out to get him. The soundtrack is incredible, including Moby, Jennifer Knapp, and Sixpence!

8. Two reckless youths discover they are related while on a summer trip and plan an elaborate con with their parents as the marks. Both have pronounced British accents, despite allegedly being from Boston and California, hinting that a deeper con yet might be in play.
Posted by Zachary Bartels at 7:10 AM No comments:

Here are the answers for week 2 of Con/Heist Movie Trivia.

Click here for part1 and check back next Monday for part 3.
Posted by Zachary Bartels at 5:55 AM No comments:

Long before I wrote The Last Con, I was a huge fan of con and heist movies. Last week, I launched a series of three weekly quizzes to test your knowledge and griftiness. This is week two of a three week game of "Name the con movie." Eight clues for eight movies, each week.

This week, we've got screenshots with all faces either erased or obscured with my own mug. Enjoy. 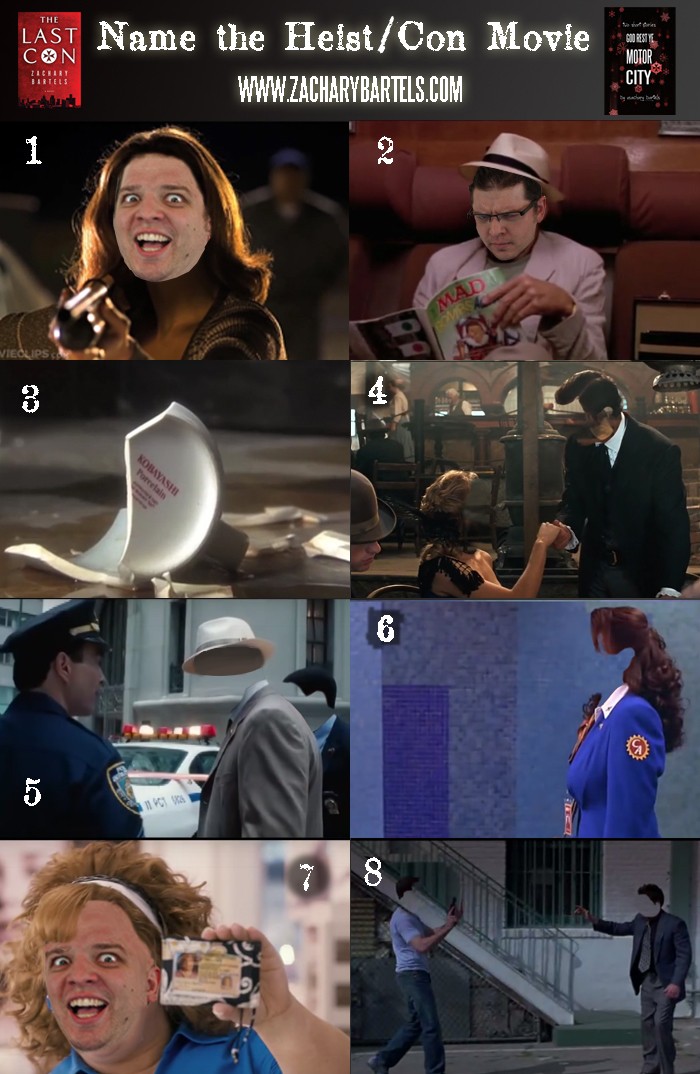 Answers posted on Thursdays.
Posted by Zachary Bartels at 6:40 AM No comments: