Over the past 100 days, I've posted a band name each day on Twitter. Here they all are.  Let me know your favorite or (better) give me your own best band names.

edit: By way of clarification, these are band names that sprang forth from my own imagination or, occasionally, the imagination of a friend. They are not bands that actually exist.

Christian fiction—particularly Christian suspense—has become a different animal from what it was twenty years ago. It is (with exceptions, of course) less cheesy and formulaic, which is good, but at times less Christian, which is billed as good (more ABA crossover appeal, wider audience) but which gives me pause. 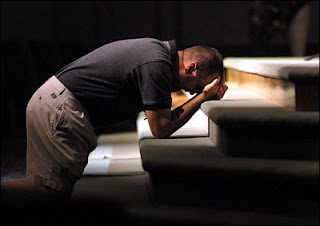 One element that is falling out of favor is the conversion scene, wherein a major character repents and believes in Jesus. You used to be able to feel those coming in decades past (and centuries past, for that matter, going back to Bunyan), even in the work of innovators like Peretti. Now they're considerably more rare. But why? Is it because we've sold out, putting market above principles (not unlike the vague, Bieberish lyrics of many contemporary pop Christian songs)? Is it because the genre is evolving and becoming more nuanced? Or simply because the convention has jumped the shark, a self-parody favored by lazy writers who don't want to develop their characters a little at a time?

Most importantly, do you miss them?

Posted by Zachary Bartels at 7:43 AM 6 comments: