So you should never begin a blog post by apologizing for “how long it’s been” since you last blogged or (worse) explaining why it’s been so very long. Writing (and Speaking) 101: always start strong, with a hook, not with a soul-suckingly boring laundry list of tedious events and obligations. But what if you’re writing about the dearth of posts? Is it okay then? Nah, still better to kick it off with something that grabs the reader, like . . .

Confession: I haven’t been writing.


If I were the kind of guy to use established hashtags on a regular basis, you’d still never see the ironically-broken-English-sounding #amwriting tag from me—at least not since last November, when I finished a short story double-header called God Rest Ye Motor City, which I think is some of my best writing to date, despite having been cranked out in just a few days. “#AmNOTwriting” is more like it (or maybe . . . “#aintwriting” to better mirror the janky grammatical issues of the original?). Yeah, every tweet and post since before Thanksgiving should be tagged with one of those. I’ve spoken at three writing conferences during that time, but I haven’t been writing anything. 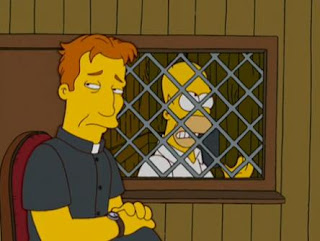 I guess that’s not entirely true. I write a sermon every week. Often two. And sometimes a lesson. But that’s a whole different thing.

So what makes a just-starting-out novelist, briefly referred to as “The Suspense Author Everyone’s Talking About,” just . . . stop? I’d like to say it's kind of a Salinger thing. I’ve penned my Catcher and my Nine Stories and now I’m fading into obscurity while the world builds up my mythos. But that doesn’t work when your paperbacks are ranked in the neighborhood of 1,000,000 on Amazon and everyone’s not, in actuality, “talking about”  you. So, at the risk of reciting the aforementioned soul-suckingly boring laundry list of events, let me fill you in . . .

My two traditionally published books, Playing Saint (2014) and The Last Con (2015), have performed as one would expect the debut and follow-up of an unknown author to perform—neither breakout smash hits nor total flops. They were nominated for three awards, were finalists in all three, but won none. And, for a variety of reasons, my publisher and I parted ways. Which makes it sound like it was mutual, when in reality they had a contractual right of first refusal and they exercised that right (specifically on a proposal for a Playing Saint sequel).

So my agent sent the prop on to some other publishers, along with a proposal for a book I’m currently calling Clinch, which has a rather out-there premise, involving a paramedic, a long-lost treasure, an Indian tribe, and a woman who runs a junk shop by day and decides to become a super hero by night—all in a sleepy little Midwest tourist town. Not surprisingly, Breaking Saint (as I’ve been calling the Playing Saint, pt 2) was a none-starter. No one wants to do the sequel to a modestly-performing thriller owned by the competition. (In fact, a couple editors seemed kind of confused to have received the proposal.) And Clinch was just too unconventional, they said. Too fringe. Too niche. Too midlist. But we like the writing and please send us any future projects that are more marketable.

In early April, I decided to start another project while I waited to hear back from the remaining publishers considering these proposals. I would write a nonfiction book I’d been outlining for quite some time and serialize it, releasing a chapter at a time on The Blazing Center, an awesome online magazine that has published my work in the past. I was thinking I’d write one chapter every couple weeks. To date, I’ve written (waaaait for iiiit) one chapter. And, if I’m honest, that one was already written, almost a year earlier. Chapter 2 remains half-done. It’s been almost three months.

While #notwriitng, I’ve been barely-active on social media (at least on my author accounts), occasionally sharing the sort of stuff authors of Christian fiction are expected to share, along with a few things I actually wanted to. It’s been no secret that I’ve had something of an ongoing struggle with pandering, whether with my “image” as an author or with the actual content of my books. More on that in a future post. Suffice to say, in response to all this, I wrote most of a book proposal that I’m fairly sure would get picked up by an advance-paying publisher if I were to put it out there. And yet, I really had no interest in writing it. Or writing at all.

But wait! Come to think of it, I have been writing something over the past few months. Me and my buddy Ted Kluck have been writing a sequel to the end-times satire we put out in 2012. It’s the last thing any mainstream CBA publisher would touch. But I’m writing like an animal. Seriously, I can’t stop. Maybe because it’s refreshing to write without the pressure of trying to break out of the midlist, without dulling the sharp edges to suit the market, without subconsciously trying to target a demographic that is unlikely to get what I really want to say. Instead, I can write for the hundred or so people who actually e-mail and tweet me, asking when they can read my next book, because they loved the last one. I can write what I want to read. It’s stupid stuff at the moment (seriously, the plot involves a drug called “Ultragest” that shortens the human gestation period to six weeks), but it’s freeing in a weird way. It's the means, not the end, but it actually has me writing again.

So here’s the updated confession: My name is Zach and I’m a midlist author. (“Hiii, Zach.”) And I’m cool with it. I #amwriting, but I’m on no one’s 2016 list. It’s been nearly a year since The Last Con came out and I finally feel the desire to write again—not from without (you should have another book in the works or you'll be a year behind!), but from within.

And I’ll keep you in the loop, right in this space. Here’s a hashtag I’ll actually use: #MidlistMondays. Most Mondays for the foreseeable future, starting next Monday, I’ll explore a different aspect of life in the literary limbo where I currently reside,having decided to just get comfortable here, light up a fine cigar, and craft some books that I would want to read. Books like Playing Saint. Books like The Christian Gentleman’s Smoking Companion, which I wrote and published with Ted and which has sold almost as many copies as either of my traditionally published novels.

While I respect all the podcasts and workshops and books about how to get your foot in the door of the Publishing Machine (I even contributed to one) as well as all the advice, freely (and not-so-freely) given by industry veterans, about how to keep your career moving up and your “platform” expanding . . . when it actually quenches your desire to write, it’s time to let all that go.

Walk into your local Barnes and Noble today and I’m not sure whether you’ll find one of my books on the shelf. I actually kind of doubt it. Maybe soon they'll be on the bargain table.

But I’m writing. And that feels good.